Stop whatever you’re doing, have a seat, and breathe deep as you witness pure, unadulterated kustom kar magic. Let it oxygenate your body and senses with it’s Ethyl-laden, black licorice, exotic beauty.

Rick Wowk, (pronounced “Woke”) built a Merc, nicknamed Staleto, which raises the bar for lead-sled kustom kruisers. He told us “There is nothing sexier than a woman in stiletto heels,” and with a twist to the spelling, christened the Merc accordingly.

This long, black coupe represents a serious investment of time, gumption, and creative energy. It all began in December 2009, taking an estimated 9,000-plus hours of chopping, stretching, welding, grinding, metal work, and paint to bring to fruition. The polishing alone took a staggering 250 hours. The result speaks for itself. 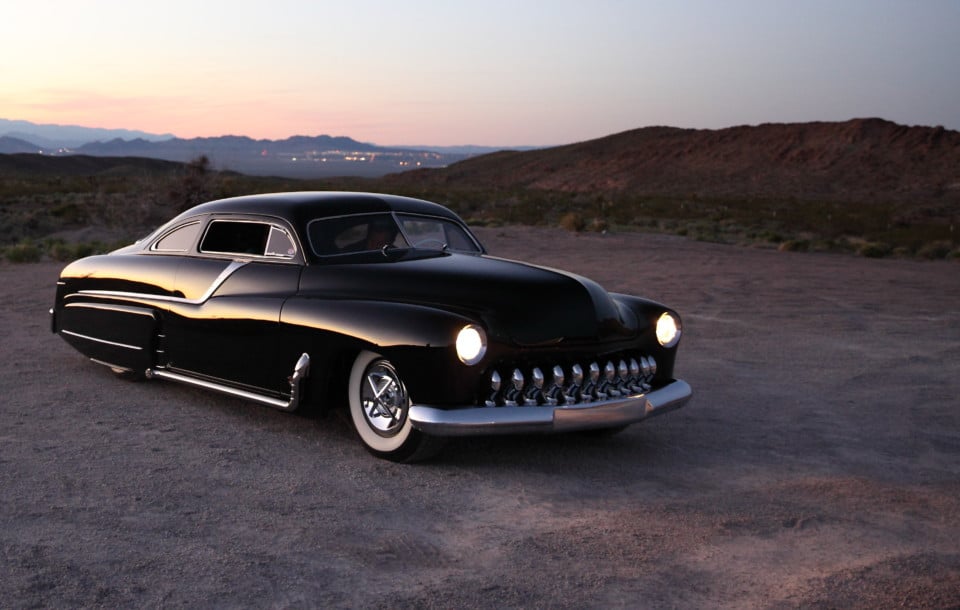 The road to Staleto was not without pitfalls, though. Rick, a former farmer and truck driver from Edmonton, Alberta, Canada, suffered a bad fall a few years back where he severely broke his ankle. He was out of commission for nine months, and during that time an epiphany came to him. “Time had suddenly become very precious to me,” he shared with Rod Authority. “The accident bestowed an added urgency not only in my life, but to my automotive dreams as well.” With newly focused energy, Rick dug in. “Since the age of 5, I dreamed of the day this car would become a reality. I didn’t want just any ’49 Merc, this one had to be very special. I’d start with good, basic bones, but that’s where any similarity would end. Over the next five decades, Staleto began to take shape as I gathered the pieces of the puzzle. I just needed to find the right mix of experts to put the team together.” 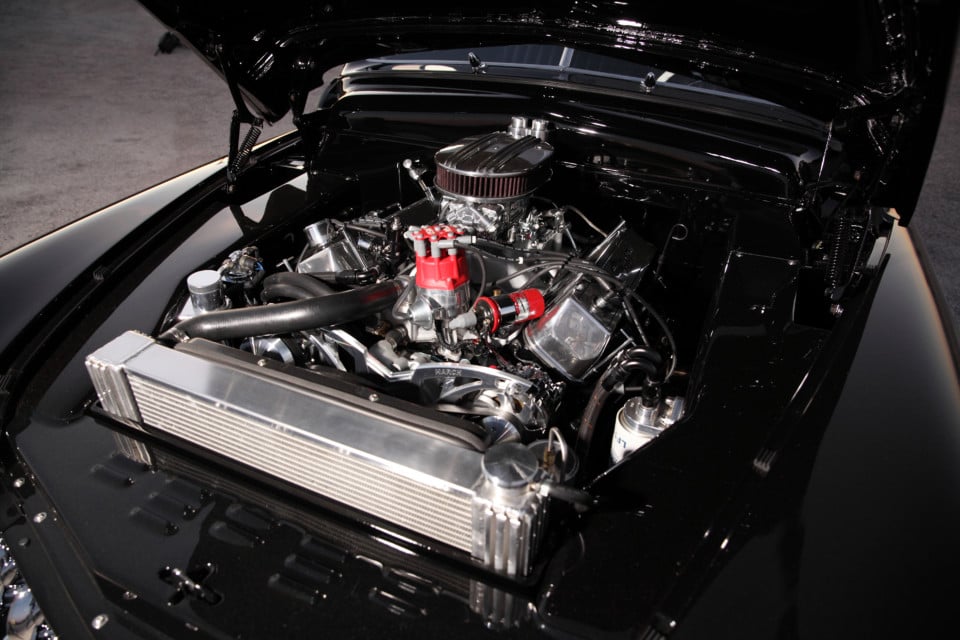 Patron and benefactor can sometimes be notoriously combative when summoning up an idea or vision. Rick sought the help of builder Murray King from Kustom King, in Spruce Grove, Alberta, to help him bring his idea to life. After a few trial and errors, the team gelled and the car began to take shape.

Rick gives kudos to metal men, Dino Jodoin and Dean O’Neal. “These guys sliced and diced this old Merc with a keen eye towards proportion and stance. They did an amazing job.”

“The goal was long, low, and sexy,” Rick explained, “The roof would have to be chopped 4 inches in the front and 4 1/2 inches in the back, the body channeled and stretched a full 8 inches, then bagged, nosed, and decked. I had to find ’51 Merc sheet metal for the side panels. To get the right look, we handcrafted lake pipes with cut outs. I wanted stainless accents from a ’58 Olds and a ’55 Pontiac. The skirts were handcrafted to fit, and we shaved the door handles and installed remote poppers.” Rick needed just the right combination of exterior jewelry to give Staleto the look he wanted. “We found a 1953 DeSoto grille for the front and added custom-spliced ’54 Merc taillights to the tail-end. To enhance visibility, new LED lights were added to the mix. Headlights were frenched-in and all corners on the car softened,” he explained.

The classic interior combines coarse and fine black leather which has been tucked and rolled and punctuated with original stainless.  A custom black-on-white steering wheel with stainless rings is mounted on a white dash. Since the car debuted in 2014, Staleto has done exceptionally well on the competitive custom car show circuit.  Few cars ever manage to compete successfully on both sides of the US/Canadian border, but it has come naturally to this long, sleek, sexy, black Merc.  It has consistently won top awards in both countries, some of the most prestigious from Idaho and sunny California, the ‘mecca’ for kustom show cars. 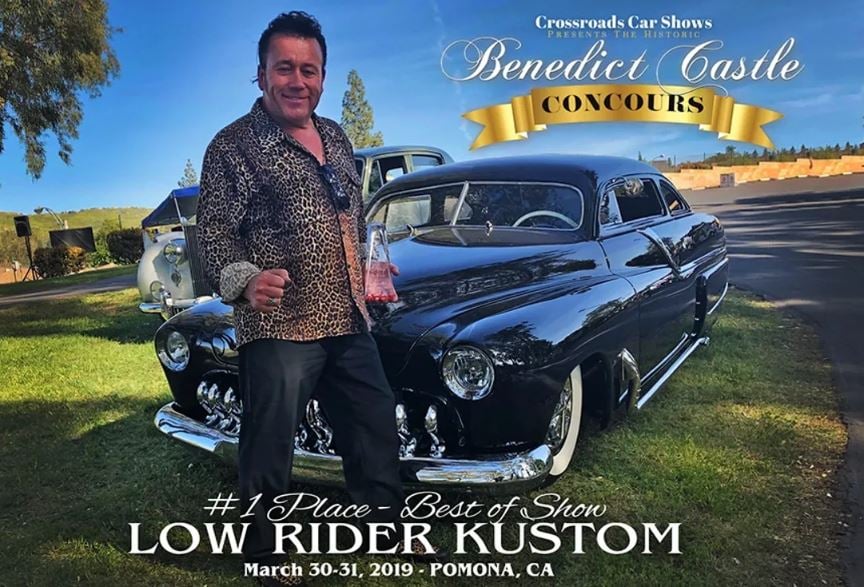 A highlight was a coveted  D’Agostino’s Crystal Cup Award from the Cinderella Car Club based in Idaho. Presented in person by John D’Agostino, this distinctive award puts ‘Staleto’ clearly in very unique company. In 2017, Rick says “She won the coveted George Barris award at Cruisin Nationals in Santa Maria, CA.  You know you have something very special when the Barris Family presents you with the Barris shield.”

Staleto returned to Southern California in 2019 for its debut at the Grand National Roadster Show in January. Rick was awarded First place for Best Radical Custom. The Merc then made its debut at the Sacramento Autorama at Cal Expo in February, followed by the Concours at Benedict Castle in March. The car is currently on its way back home to Canada before its hits the road again later this year. This 1949 Mercury Coupe may be the first build for Rick, but it is certainly not his last. A 1950 Ford ½ ton, nicknamed Mater, with traditional patina finish and lowered to his liking, rolled out the summer of 2018. Although Rick has great vision and insight on his builds, paying close attention to the finest detail, this is only the beginning.  His next reconstruction, a 1937 Nash LaFayette, a business man’s Coupe, will take on a gangster-type look.

We’ll keep you posted on the next chapter of this talented car designer, who has a soft spot for Southern California builds and low riders. Back 3 piece window modified to one

Black on black tuck and roll